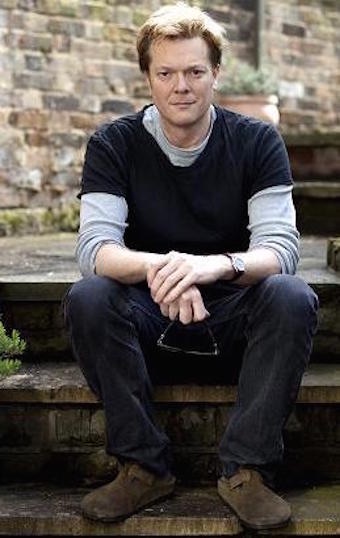 Toby Spence An honours graduate and choral scholar from New College, Oxford, Toby Spence studied at the Opera School of the Guildhall School of Music and Drama. He was the winner of the Royal Philharmonic Society 2011 Singer of the Year award.

In concert, Toby has sung with the Cleveland Orchestra under von Dohnanyi, the Berlin Philharmonic and the Vienna Philharmonic under Rattle, the San Francisco Symphony under Tilson Thomas, the Accademia Nazionale di Santa Cecilia under Pappano, the Rotterdam Philharmonic under Gergiev, the London Symphony Orchestra under Davis, the London Philharmonic Orchestra under Nézet-Séguin, the Los Angeles Philharmonic under Dudamel, the Bayerischer Runfunk under Gardiner, and at the Salzburg and Edinburgh Festivals under Norrington and Mackerras. Toby sang an acclaimed Madwoman in Britten's 'Curlew River' for the Edinburgh Festival, where he has also appeared in recital. Other recitals include the LSO St Luke's, Opera de Lille and the Wigmore Hall. He has made numerous recordings for Deutsche Grammophon, Decca, BMG, Philips, Collins, Linn Records, Hyperion and EMI.

For the Royal Opera House, Covent Garden, Toby has sung Ferdinand ('The Tempest'), David ('Die Meistersinger von Nürnberg'), Count Almaviva ('Il Barbiere di Siviglia'), Ramiro and Tom Rakewell. For English National Opera his roles include Tamino, Candide, Paris ('La Belle Hélène'), Lensky and Faust. His many roles at the Paris Opera include Tom Rakewell and David. He has sung with the Glyndebourne Festival, the Bayerische Staatsoper, the Hamburgische Staatsoper and La Monnaie, Brussels. In America he has appeared with the San Francisco Opera, the Santa Fe Festival, the Lyric Opera of Chicago, and the Metropolitan Opera.

Engagements this season have included 'The Dream of Gerontius' with the Vienna Philharmonic and Sir Simon Rattle at the BBC Proms, Eisenstein ('Die Fledermaus') for the Metropolitan Opera, David ('Die Meistersinger von Nürnberg') at the Paris Opera and concerts with the London Symphony Orchestra and Michael Tilson Thomas.