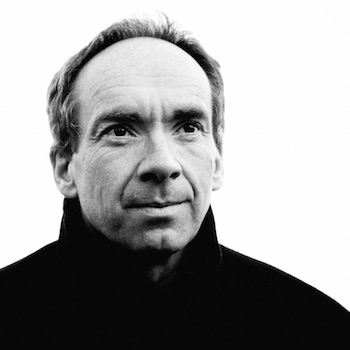 James Gilchrist began his working life as a doctor, turning to a full-time career in music in 1996. His musical interest was fired at a young age, singing first as a chorister in the choir of New College, Oxford, and later as a choral scholar at King’s College, Cambridge.

James’ extensive concert repertoire has seen him perform in major concert halls throughout the world with conductors including Sir John Eliot Gardiner, Sir Roger Norrington, Bernard Labadie, Harry Christophers, Harry Bicket and the late Richard Hickox. A master of English music, he has performed Britten’s Church Parables in St Petersburg, London and at the Aldeburgh Festival, Nocturne with the NHK Symphony Orchestra in Tokyo and War Requiem with the San Francisco Symphony Orchestra. Equally at home in Baroque repertoire, appearances include Handel’s L’Allegro il Penseroso ed il Moderato with Stuttgart Bachakademie and at Teatro Real, Madrid, Solomon with Les Violons du Roy, Semele with Concerto Köln, Hercules with the English Concert, Ode to St Cecilia with Basel Chamber Orchestra and Messiah with Boston Handel & Haydn Society. Bach’s Christmas Oratorio and the St John and St Matthew Passions feature prominently in his schedule, and he is celebrated as perhaps the finest Evangelist of his generation; as one review noted, ‘he hasn’t become a one-man Evangelist industry by chance’.

In 2017, James celebrated 20 years of collaboration with pianist Anna Tilbrook with a recital in Oxford. Their recent performances together include a weekend celebrating Vaughan Williams at St John’s Smith Square, and a new project for the Wigmore Hall – Schumann and the English Romantics – pairing Schumann song cycles with new commissions from leading composers Sally Beamish, Julian Philips and Jonathan Dove. In the 2017/18 season, James and Anna return to the Wigmore Hall for the third and final instalment of the series, with a programme of Schumann songs and a world premiere of a new work by Jonathan Dove.

James sang the role of Reverend Horace Adams in Britten’s Peter Grimes with Bergen Philharmonic Orchestra and Edward Gardner with performances at the Edinburgh International Festival. Further recent highlights include Haydn’s Creation for a staged production with Garsington Opera and Ballet Rambert, as well as performances with Aarhus Symphony Orchestra, Denmark, the BBC Scottish Symphony Orchestra, and Orquesta Sinfonica de Galicia, Spain, a series of concerts in Langeland with the pianist Julius Drake and a collaboration with the Academy of Ancient Music on a programme of Bach & Purcell.

In the 2017/18 season appearances include Handel’s Belshazzar and Bach cantatas in Stuttgart, Christmas Oratorio with the Nederlands Kamerkoor, Elijah with the Orquesta y Coro Nacionales de España, Madrid and Masaki Suzuki, War Requiem with the National Youth Orchestra of Germany and concerts with Bernard Labadie and Les Violons du Roy in Quebec and at the National Arts Centre in Ottawa. His close collaboration with Anna Tilbrook continues with a recital tour of Scotland and the North of England.