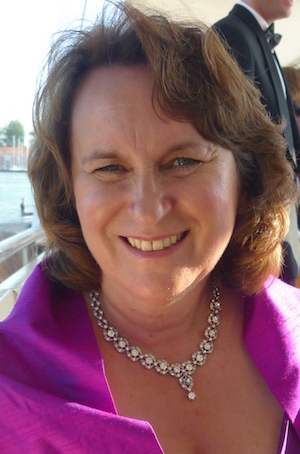 Christine Cairns has sung all over the world in concert and recital and has become best known for her interpretation of the late romantic repertoire, particularly Mahler.

Since then, she has sung throughout the USA, most notably with the Los Angeles Philharmonic Orchestra, The Cleveland and Philadelphia Orchestra, and the San Francisco Symphony with conductors such as Previn, Sir Simon Rattle, Yuri Temirkanov, Vladimir Ashkenazy. In Europe she has worked with the Vienna Philharmonic and Berlin Philharmonic amongst others.

In the UK, Christine has performed with all the BBC Orchestras and all the London Orhestras, the City of Birmingham Symphony Orchestra and many others. She has also sung in Japan, Israel, Scandinavia, Singapore and China.

A few years ago she took some time out professionally when her younger son was diagnosed with autism. She and her husband, conductor John Lubbock, set up a charity called Music for Autism to give concerts and make recordings to raise much needed funds for, and awareness of, this devastating condition.

Christine now has a busy teaching career, at the Guildhall School of Music and Drama, Royal Birmingham Conservatoire of Music and privately at home in Oxfordshire.